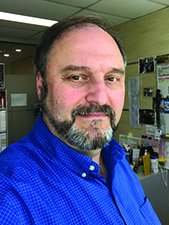 Dr. Thomas Loudovaris is the Islet Transplant Program Manager in the Tom Mandel Islet Transplant Program at St Vincent’s Institute in Melbourne, Australia. Dr. Loudovaris’ involvement in encapsulation research began over 30 years ago with his post-doctoral studies under the supervision of Professor Tom Mandel at the Walter and Eliza Hall Institute on a Baxter Healthcare funded project. There he was studying the immunological protection of allografts and xenografts by encapsulation. He then continued his interest in cell therapies through encapsulation as a scientist and then senior manager in the Cell and Gene Therapy Unit at Baxter Healthcare, USA. At Baxter the major studies were for the delivery of hemophilia factors through cell encapsulation but research into the treatment of diabetes through encapsulation was also conducted. Dr. Loudovaris then, in 1999, became a co-founder of a cell encapsulation company, TheraCyte Inc., in California. The technology was based on that developed at Baxter with the expectation of delivering encapsulated cell therapies. Through Baxter and TheraCyte, Dr. Loudovaris has been involved in human clinical studies and a couple of FDA Investigational New Drug (IND) Applications. He returned to Australia in 2005 to become Islet Program Manager where has taken the human isolation process from a laboratory research procedure to a GMP compliant process, producing islets for human transplantation. This has lead to Victoria’s and South Australia’s first successful islet transplants. In addition to his role in the human islet program, he has a continued interest and research involvement in cell transplantation and encapsulation and has collaborated with Professor Klearchos Papas on projects over the past six years.