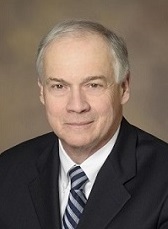 Dr. Robert C. Johnson is a pioneer in the development of immunoisolation cellular therapies and has been involved in diabetes research since his postdoctoral days in the Center for Endocrinology, Metabolism and Nutrition at Northwestern University Medical School in the late 1970s. After his postdoctoral work, he joined Baxter Healthcare Corporation where he became research director of Baxter’s Cell and Gene Therapy Unit. That work led to the invention of a synthetic membrane based implantable device, TheraCyte, that has been shown to protect allogenic tissue from rejection by the immune system. Dr. Johnson’s team used the TheraCyte device for cellular applications in diabetes, hemophilia A and B, parathyroid deficiency and cancer. In 1998, Dr. Johnson was recruited by the CEO of VitaGen, Inc. and venture capitalists to lead a team of scientists and engineers developing a cellular therapy for individuals suffering from acute liver failure. Dr. Johnson took the company from R&D through an IND filing and into clinical trials. In 2003, Dr. Johnson was recruited as president of Spectral Genomics, Inc., a spinout from Baylor College of Medicine. The company’s focus was the development of microarrays for detection of chromosomal abnormalities. He was responsible for developing R&D, manufacturing, QA, regulatory, sales and marketing capabilities. After the successful sale of Spectral Genomics to PerkinElmer in 2007, Dr. Johnson joined Baylor College of Medicine as General Manager of its Clinical Genetics Laboratory. He went into semi-retirement in 2012 and joined the Institute for Cellular Transplantation at the University of Arizona as a part-time faculty member in January of 2017. Dr. Johnson holds a bachelor’s degree in chemistry from Temple University and a Ph.D. in biochemistry from Princeton University.

Learn more about our team and technology